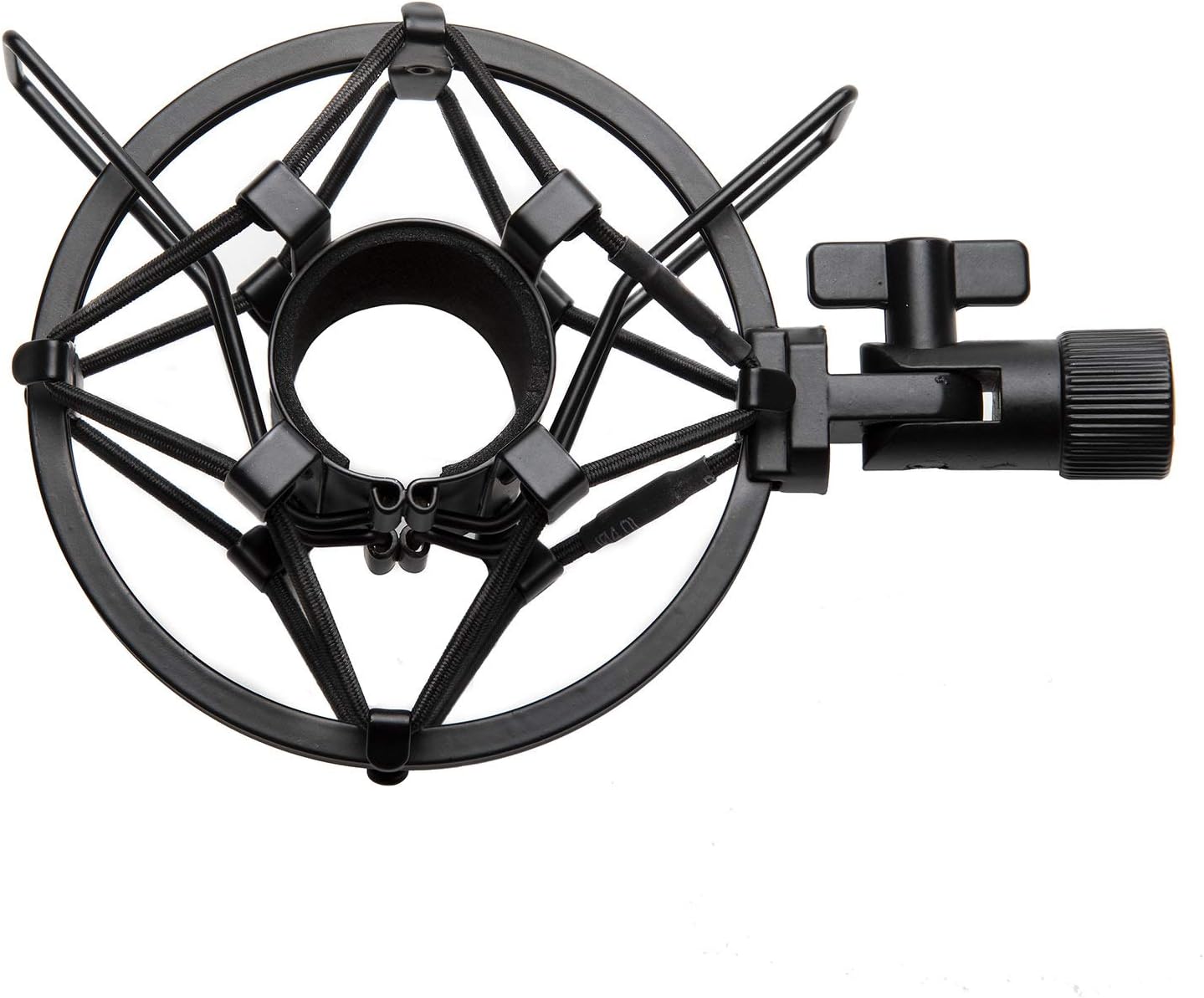 The Knox Gear Shock Mount is a rugged microphone shock isolation stand mount that flexes its corded muscles to combat vibrations, and clamps on to any base or overhead stand to help you record sound thatâs smooth and steady. The shock mount is compatible with any microphone between 28mm and 31mm in diameter. It connects to a microphone stand that has a 3/8-inch thread, but it also has a detachable adapter and works with a 5/8-inch microphone.

The shock mount features a padded clamp that secures and protects the microphone with a locking knob to adjust the angle 180 degrees. A steel frame ensures strength and long life, while flexible cables absorb vibration.